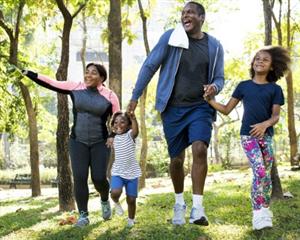 Another Reason to Exercise: Protecting Your Sight

New Orleans — People who engage in moderate to vigorous physical activity may be able to significantly lower their risk of glaucoma, according to research presented today at AAO 2017, the 121st Annual Meeting of the American Academy of Ophthalmology. Researchers from the University of California, Los Angeles reported a 73 percent decline in the risk of developing the disease among the most physically active study participants, compared with those who were the least active.

Glaucoma is one of the leading causes of blindness in the United States. It is most common in people over 40. Treatment can slow its progression, but there is no cure. It has long been thought that lifestyle choices do not play a role in glaucoma, but several recent studies show that lifestyle factors can influence eye pressure, which is a major risk factor for the disease.

To examine the correlation between exercise intensity and glaucoma, the researchers looked at data from the National Health and Nutrition Examination Survey, a large study that has tracked the health and nutritional status of adults in the United States since the 1960s. They defined moderate to vigorous activity in terms of walking speed and the number of steps taken per minute as measured by a pedometer. Taking 7,000 steps a day, every day of the week, is considered equivalent to 30 minutes a day of moderate-to-vigorous physical activity at least 5 days a week.

“Our research suggests that it is not only the act of exercising that may be associated with decreased glaucoma risk, but that people who exercise with higher speed and more steps of walking or running may even further decrease their glaucoma risk compared to people who exercise at lower speeds with less steps,” said Victoria L. Tseng, M.D., Ph.D., of the University of California, Los Angeles.

Some studies have demonstrated that blood flow and pressure inside the eye may change with exercise, which may affect glaucoma risk, Dr. Tseng noted. However, more research directly examining the relationship between exercise and glaucoma is required before physicians can make specific recommendations on exercise and glaucoma.

In the meantime, she advises exercise for her patients as a beneficial activity for all aspects of health, including the eyes.

About the American Academy of Ophthalmology

The American Academy of Ophthalmology is the world’s largest association of eye physicians and surgeons. A global community of 32,000 medical doctors, we protect sight and empower lives by setting the standards for ophthalmic education and advocating for our patients and the public. We innovate to advance our profession and to ensure the delivery of the highest-quality eye care. Our EyeSmart® program provides the public with the most trusted information about eye health. For more information, visit aao.org.

© 2023 Nebraska Academy of Eye Physicians and Surgeons | Site by Artillery